Interview With Mary Osborne, Author Of Nonna's Book Of Mysteries

by Melissa Montovani on June 5, 2010 in YA Novelist Interviews • 12 Comments 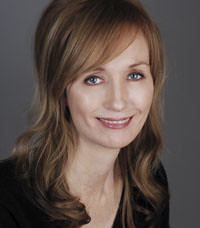 All week I’ve been promoting an interview with Mary Osborne, the writer of a book that I read and reviewed earlier this week called Nonna’s Book Of Mysteries. It is a fascinating story about a 14-year-old girl, who wants, more than anything, to learn how to be a painter, despite the barriers to the profession she has as a woman. Today, I have the great pleasure of finally bringing my conversation with Mary to my readers. Please take the time to read through it, and leave any questions or comments that you have for Mary as she’ll be stopping by today to respond to them.

Throughout the week, I also mentioned that I had something else of great importance to announce to you. As many of you know, I’m currently running a contest that features a copy NonnasBookOfMysteries as a prize. I’m ecstatic at the news that I can now say we’re offering not one but two copies of this novel! In an instant, I’ve doubled the chance that those who have already entered will win a prize, so keep your fingers crossed and enter if you haven’t already. The contest still closes at 8pm EST on June 10th, and I’ll be announcing the winner the following day on my site.

Now, the moment you’ve all been waiting for – my one-on-one conversation with Mary Osborne:

Mary Osborne: Renaissance man, woman, either way it’s a worthy pursuit! Like the painters of Emilia’s day, I was raised in an environment that encouraged creative expression. Both my parents were artists, who didn’t think much of TV and refused to upgrade our old black and white set. To entertain myself, I made art and wrote puppet shows. Though I was creative, I also liked math and science. At Knox College, I studied creative writing and earned a degree in chemistry, thinking I would attend medical school. Ultimately, I decided that a career in nursing would allow more time for pursuing other creative interests. While I worked as an RN, I wrote stories inspired by my patients, designed t-shirts, and made hand-painted sandals.

YABookShelf: Historical fiction requires a lot of research to ensure accuracy to the period. What drew you to historical literature in general and to the Renaissance in particular? What benefits do you think tweens and teens can get from reading novels set in earlier time periods than their own?

Mary Osborne: At Knox, I took a fascinating class on Renaissance art history. While I parted with most of my science texts after graduation, I carried the tome from the art class, The History of Italian Renaissance Art, with me from apartment to apartment through the years. While I was drawn to the Renaissance, my first (unpublished) novels took place in modern times. When the subject of alchemy started creeping into my stories, an astute mentor observed that the bits about alchemy might fit better in another time frame. When I finally decided to weave the pieces about the medieval science into historical settings, a successful novel began to emerge. (And I dusted off that art history book, and put it to use once again.)

As far as benefits to reading historical novels, there are several! For one thing, you learn about life in another era. Secondly, these novels help us to develop a deeper understanding of the legacy of women who came before us and the strides made by our ancestors. The historical novel gives us perspective on our modern lives and helps us connect with the story, which we are continuing ourselves.

Even though Nonna’s Book Of Mysteries takes place hundreds of years ago, tween and teen readers can identify with the heroine. Emilia Serafini faces many of the struggles that today’s young women encounter. The obstacles have not been removed entirely. The battle of the sexes may be over in many places, but the negotiation is still going on!

YABookShelf: In your bio, it says that Nonna’s Book Of Mysteries was conceived during a trip to Tuscany. Had you always intended to write a historical novel or did your experience in Italy give rise to an idea that you couldn’t ignore?

Mary Osborne: When I traveled to Tuscany in the spring of 2001, the thought to write a historical novel had already occurred to me, but I had no idea how to begin the process. I had visited Florence once before, and something powerful was drawing me back again. I remember a feeling of excitement, of sudden inspiration, when I was visiting Giovanni Boccaccio’s home in the walled village of Certaldo, outside of Florence. (Boccaccio was the medieval author of The Decameron.) It was as though I had met my muse! After this trip, I read The Decameron and began writing the Alchemy Series in earnest.

YABookShelf: Emilia Serafini, the main character of Nonna’s Book Of Mysteries, wants to be a painter in Renaissance Italy more than anything, but is told that she can’t because she’s a girl. Did anyone suggest that your gender was a barrier to achieving your life goals and desires? How important is fostering a sense of empowerment in young girls today?

Mary Osborne: When I was contemplating medical school after graduating from Knox, several people suggested that nursing was a more suitable profession for women. My own mother discouraged me from becoming a doctor. But this is not why I became a nurse instead!

After my husband died more than a decade ago, my mother prayed that I would remarry so that I could have a “normal” life again. Many people assumed that it would be too difficult for me to carry on as a single mother and raise a child without a man at my side. As the years went by, I found that it was indeed possible and that, in fact, I had no desire to remarry.

I think today’s young women are an especially powerful breed. They will be taking on even greater challenges, which is why achieving personal empowerment is so important for them. These women are going to be holding positions of significant authority, owning more businesses, and shaping public policy. I believe we’re entering a new era, where dynamic female leaders will have an opportunity to bring greater harmony and peace to the planet.

YABookShelf: Emilia’s mother, teacher, and friend all offer her advice at different points throughout the novel, which she doubts. What is the importance of doubt and it’s opposite, faith, in the mysticism of alchemy? How can these concepts help young readers reach their destinies?

Mary Osborne: When we believe we have all the answers, we are not open to mystery. To begin a mystical journey, you have to start with a sense of wonder, of not knowing where you are going or how you will travel. The initial phase of alchemy is called the nigredo-it’s the phase of darkness, when it’s “blacker than black.” You feel this when you start something new-go off to college, start a new job, travel to a foreign land, or end a relationship that is not working. You have to be willing to endure the discomfort, the doubts and unknowing, you somehow find the courage to walk through your doubts and the difficult times because you are living the life you are meant to live.

YABookShelf: Do you prefer the historical figure of Cosimo de’ Medici or Sandro Botticelli? What is it about your choice that is so appealing?

Mary Osborne: As an artist, I identify with Sandro Botticelli. We know him as the man who painted Primavera and The Birth Of Venus. The goddesses and ancient subjects he chose represented virtues which were meant to inspire people. Then he went through a dark phase when he was listening to the sermons of Savonarola, who preached against the worldly pleasures of the Renaissance. But Botticelli’s works live on, inspiring people to this day. Five hundred years after his death, he still has thousands of fans!

Though the pursuit of power and wealth has never appealed to me, I did enjoy writing about Cosimo de’ Medici. Rich, influential, a patron of the arts, he ruled the city even though he didn’t actually hold public office. Many of the Florentine buildings and sculptures we treasure today were created by artists who were patronized by Cosimo the Elder. I think it might be nice if there was a Cosimo de’ Medici around today, offering commissions to the poor, but talented artists.

YABookShelf: Do you prefer Iconography, the typical Florentine style or some combination of the two? What makes your choice such a powerful art form?

Mary Osborne: It’s difficult to choose between these art forms. Iconography is entirely different from the style of the 15th century masters, who were experts in foreshortening and perspective. The technical skill and visual effects of painters like Uccello have to be admired. They achieved a level of artistry that has never been surpassed, in my opinion.

Icons are also beautiful, with their luminous colors and gold leaf. On first glance, the subjects can seem flat, their poses artificial. But the wonder of the icons has to do with the relationship which develops between the panel and the viewer. Looking at an icon brings me a feeling of serenity; it’s like a form of prayer. So I suppose in this sense, the icon is unsurpassed.

YABookShelf: Nonna’s Book Of Mysteries is the first book of what will be four in the Alchemy Series. The second book, Alchemy’s Daughter, is a prequel set 100 years earlier than the first one. Will readers get to learn more about Emilia’s story or that of one of her children in the subsequent novels?

Mary Osborne: You have not heard the last of Emilia! Just as Emilia’s grandmother, Nonna Santina, pops up in Nonna’s Book Of Mysteries, Emilia will be remembered in the third book of the series, which will tell the story of Emilia’s great-granddaughter. Emilia might even make an appearance in Alchemy’s Daughter. Yes, this story is set 100 years earlier, but then Nonna Santina is a woman of special talents.

YABookShelf: Recently, Nonna’s Book of Mysteries was both the Grand Prize Winner of the 2010 Paris Book Festival and Best Teen Book 2010 San Francisco Book Festival and was selected by the Chicago Sun Times as a summer reading recommendation by the Sun Times book critic. How did it feel winning these prizes and recognition for your debut work of teen fiction?

Mary Osborne: It felt wonderful! I was so excited to win these awards. Artists have to believe in the merit of their own work and persevere whether they receive public recognition or not, but it’s ever so nice when someone says, “Job well done”!

Thanks for checking out my interview with Mary Osborne. Don’t forget to leave your questions and comments for her, so she can respond to them today and to enter for your chance to win one of two copies of this great book!

← Me & Death: An Afterlife Adventure YA Giveaway
Win Your Own Romance Novel Review Site! →

12 comments for “Interview With Mary Osborne, Author Of Nonna's Book Of Mysteries”