by Melissa Montovani on July 24, 2010 in Paranormal Teen Fiction • 3 Comments

In Shiver, Grace Brisbane and Sam Roth fall in love and by the end, feel like everything is going their way. Now, in the follow-up novel, Linger, things aren’t going so well. First and foremost, Grace’s parents have started to become uncomfortable with the growing relationship and closeness between these two young lovers. For Sam’s part, he’s now the leader of the wolf pack as a full-time human, and thus, he has to deal with the new wolves, like Cole and Victor, and all the problems that come with this responsibility. Rather than the back and forth alternating voices between only Sam and Grace, you’ll have an inside look at what Isabel and Cole think as well, which makes the voices of the novel a lot more complicated. If you liked the first novel in The Wolves of Mercy Falls series, then you’ll want to read this book! (BTW…if you haven’t read Shiver, then go out and read it….now.)

I’m someone who grew up on fairy tales and therefore, Shiver was a perfect novel for me. I loved the way Maggie Stiefvater developed the relationship between Grace and Sam and felt that her parent’s reaction to him was really realistic and fair. In Linger, you’ll find a very different type of novel. Sure, the two lovers are still in a romantic and committed relationship, but the reaction of her parents changes and with these changes, so to does the way in which all four of these characters interact. The author has admitted that her novels are very angst-ridden, but this one was much more so than the first novel. This argument-filled story line made it more difficult for me to get into the novel than I did with the previous one.

Of course, the angst isn’t the only part that made it harder for me to read this novel. While the obstacle of Mr. and Mrs. Brisbane’s feelings make “life” a lot harder for the two young lovers, the possibility that Grace might not be able to stay in a human form anymore after 10 years of a seemingly “cured” state brings a heaviness that wasn’t there in the first novel. Read this book, but expect that it’ll be a difficult, that it’ll make you cry, that you’ll wish you could do something to change the circumstances that the characters face.

One thing that I really liked about reading Linger was the author’s ability to make our sympathies change toward Cole and Isabel throughout the novel. I’ll admit it – I wasn’t a big fan of Isabel in the first novel, and early on in this one, I didn’t like Cole and his selfish behavior. All of his life, he’s been trying to lose himself and all of her life she’s been a privileged, whiny character, or so I thought. Both of these characters learn and grow a lot over the course of the second novel, and in so doing, they made me (and Sam) sympathize with their plight. Isabel shows herself to be a strong and courageous female role model, who says what she thinks when it needs to be said by someone. Cole, on the other hand, proves to be a valuable asset to the wolf pack through his understanding of scientific experimentation (don’t worry Maggie wouldn’t write a geeky science nerd – he’s also the lead member of a very successful band called NARKOTICA with smoldering good looks). Together, they help solidify and “team” of perspectives and help avoid some of the problems with which this book begins.

I know that some people like Linger better than Shiver, but for me, finishing it was heartbreaking. Of course, it just made me want to pine for the release of Forever, the last book in the series, which is set to be released in July 2011 (oh…the agony). I want my happy ending and hope that Maggie Stiefvater delivers by the end of the series.

If you’re Canadian, don’t forget to enter my It’s A Wolves Of Mercy Falls Giveaway and buy Linger today! 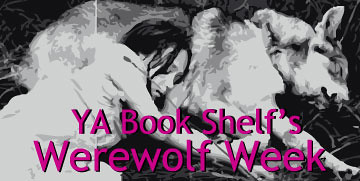