What's In My Mailbox?: The November 15th Edition 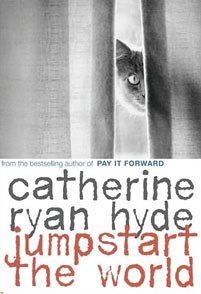 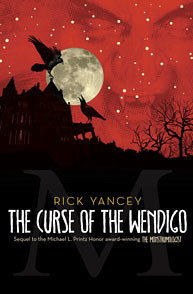 Getting to know those who are different than you is something tricky for people of all ages. Kids have questions they can’t answer and adults don’t want them to ask out of politeness. Adults try to pretend that they don’t notice anything different, even though they clearly do, because they’re trying to be politically correct. And teens, on the other hand, are somewhere in the middle: they still have the questions in their minds, but they’ve been socialized to be polite and PC like their adult counterparts. All of the books in my What’s In My Mailbox? post this week deal with teens, who find themselves close to the other than they’ve ever been, but authors Catherine Ryan Hyde and Rick Yancey deal with the concept in very different ways.

While I’ve never read any novels by Catherine Ryan Hyde, like many people, I have seen the movie adaptation of Pay It Forward, which she wrote back in 2000. When I had the opportunity to receive a copy of Jumpstart The World for review I was intrigued, not only because of her past publications, but also because the story of a young loner named, Elle, sounded really powerful. When Elle moves out of her mom’s place, she moves in next door to Frank: Frank might be older (he’s an adult and she’s a teen) and have a girlfriend, but the more she talks to him, the more she finds herself falling for him. However, Frank is different in a way she never expected – he’s transgender – and when she finds out, it turns her world upside down. I’ve read a few books where the main character is LGBT, but this story about how someone who isn’t comes to terms with their thoughts about the other sounds amazing. I can’t wait to read this one!

Now I said that all of the books that I’m received this week deal with those who are different from the main characters, but they don’t all represent a tender or compassionate portrayal. In fact, Yancey’s novels The Monstrumologist and The Curse Of The Wendigo are in fact two YA horror novels in a series about a doctor in the 1880s, who has made the study of monsters his calling. Nominated for the Michael L Printz Award, the first novel deals with the Anthropophagus, a chilling creature, who’s razor-sharp teeth are in it’s stomach, while the second one is about the Wendigo, a Canadian monster who is known for eating human flesh with an insatiable appetite. Whether it is just to prove their existence or something much different, the orphan apprentice Will Henry and his teacher will be in for some of the scariest monsters imaginable. Can’t wait t check out these spooky and gory stories of Western demons.

Have you read any of these books already? Are you looking forward to checking them out or reading my reviews? Let me know!

← Prisoners In The Palace
YA Book Shelf Weighs In On YA Novels, Fave Characters And Predicts Who SHOULD Win The YA Death Match →

4 comments for “What's In My Mailbox?: The November 15th Edition”