What's In My Mailbox?: The November 29th Edition 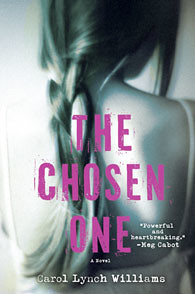 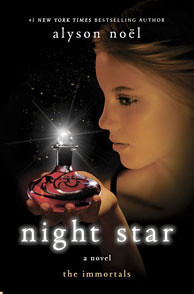 Now, you know I love both realistic, contemporary YA and paranormal teen fiction (among many other types of books). Some of them are hard hitting looks at real life issues, while the paranormal ones, well, they’re just a bit of fun for the most part. If you have a penchant for either of these categories of young adult novels, then maybe we can both squee in delight over the three books that I received last week for review. I mean…you wouldn’t leave me just hanging there, squeeing on my own…right?

Over the last year, I’ve head a lot of whispering about Carol Lynch Williams‘ book Glimpse over Twitter and the blog world. However, being a little unsure about reading verse novels, I didn’t quite delve as far into what it was about or into other books that the author had written. Having recently received two of Williams’ other books – The Chosen One and Miles From Ordinary – I’m definitely looking forward to reading these, and maybe eventually, the one that was released this year.

For those who haven’t heard of the books by Williams I received, they break down like as follows: TheChosenOne is a story about 13-year-old Kyra, who’s been raised in an isolated and polygamous community. Her father has three wives, and Kyra has 20 brothers and sisters, but she doesn’t resist their beliefs too much. Only reading a few forbidden books and meeting a boy she hopes could choose as her husband. When the Prophet states that she must become wife number seven to her 60-year-old uncle, she resists with all her might. (Ever since watching parts of the HBO series Big Love, I’ve been interested in polygamous communities, so definitely looking forward to this book). At the same time, I received an ARC copy of Williams’ March 2011 release, MilesFromOrdinary that I have a feeling will garner a lot of attention in the coming year. As with Kyra, this novel follows a 13-year-old girl named Lacey, but that’s where the similarities end. Lacey’s mother has been suffering up till now, but as a new, beautiful summer morning begins, Lacey begins to think that everything is turning around: she’s starting a job at the library and her mom is starting one at the grocery store. On a day that begins with such hope, the hours tick by revealing bad memories and a life that is spinning out of control. If her way with words is as good as I’ve heard, then I’m definitely looking forward to checking out her upcoming release, too.

Finally, while I’ve heard mixed reviews about Alyson Noel‘s previous books in The Immortals Series, the publisher recently sent me the latest book in the series, Night Star. In case you don’t know, this book was just released this month, and it picks up where Dark Flame left off. For those who haven’t yet read this series, it follows the character of Ever Bloom, a 16-year-old girl, whose parents, younger sister, and dog die in a tragic car accident, which causes her to relocate to Laguna Beach, California to live with her aunt. After the accident, Ever is able to see everyone’s auras, hear their thoughts, and know their life stories just by touch. Well, everyone but the dark, sexy, and mysterious Damon. While this isn’t my favorite paranormal series, there parts I do like about it so far.

What about you? Have you heard of any of these standalone novels or The Immortals series? Have you read them, and if you have, what did you think? I’d love to hear your thoughts about them and whether you’re as excited as I am about the Carol Lynch Williams novels in particular.

← The Monstrumologist And The Curse Of The Wendigo Giveaway Winners!
Why'd She Do It?: Suicide Awareness Week At YABookShelf.com →

4 comments for “What's In My Mailbox?: The November 29th Edition”