by Melissa Montovani on December 31, 2010 in Book Blogger Culture • 22 Comments 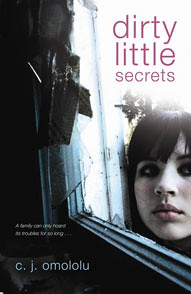 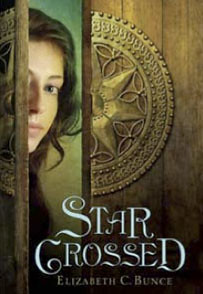 Over the last eight months since I began YABookShelf.com, I’ve read a lot of books targeted at teens for this site and I’ve come to realize just how much I love these novels. Yay me! For the first time since I was actually a teen myself, I read a lot of paranormal novels, which were really fun and entertaining. I also devoured a lot of historical and historical fantasy novels that fed my love of the settings, costumes, and situations of other centuries. If you’ve been reading my site along with me, then you’ll know I also really got into the dystopian YA novels this year.

So what is missing? In a way, nothing really. I love realistic and dramatic plots, and I certainly read a lot of these type of novels as well. Still…there are some books that I was dying to read that just didn’t make it in the heavy reading schedule I set out for myself. Some of these books are in the realistic genre…most of them in fact. A few are dystopian fantasies or historical fantasies that I was really looking forward to checking out. Most were books that I received for review, but had already been released by the time they ended up in my mailbox. Some got pushed aside to make room for books that I was reading for a blog tour or a special theme week that I was hosting.

Whatever the reason that they slipped through the cracks, I’m so looking forward to reading these books some time in 2011. Now, in alphabetical order by name of author, here are the 10 Books I Wish I Read in 2010:

Having first discovered Anderson’s Speak and Catalyst this year, she quickly became one of my new favorite authors, so without a doubt, I wanted to read her most recent YA title. Like every other title on this list, this one is on my bookshelf already, so I can’t wait till I have a spare moment for this powerful novel about one girl’s battle with anorexia and the guilt of being unable to save her best friend from her own eating disorder demons.

Earlier this year, I read Bunce’s debut historical fantasy novel, A Curse Dark As Gold, which I absolutely loved (and not only because Rumpelstiltskin was one of my favorite fairytales as a child). Unfortunately, October (the month when Star Crossed was released) was a busy month with blog tours, interviews, and giveaways, so I didn’t have the chance to curl up with this novel. If the characters are as strong as they seem (it’s about a girl who plays lady-in-waiting by day and thief by night), then I’m sure I’ll love this one.

Holly Cupala’s Tell Me A Secret

Holly Cupala’s book trailer was so beautiful and different from any that I’d previously seen that it won me over, so when I learned that the book was available as an audio book podcast, I was quite eager to make it the first book I listened to rather than read. However, I quickly realized that audio books aren’t for me because if I’m listening to something it’s supposed to free me up to do something else (clean, write blog posts, etc), but I tend to zone out, focusing on the task at hand rather than the book. Luckily for me, I won this book, so I can’t wait to read it for real!

Now I’ve heard a lot of great things about Incarceron and some mixed reviews about the sequel Sapphique, but now that the latter was just officially released, I’m definitely looking forward to reading through these two books back to back. Are these steampunk? Are they dystopian? I’m not sure, but I can’t wait to throw myself into this fantasy.

Now, I’ve never read anything by this author yet, but two things intrigued me about this book. First, I’m looking to add more novels to my teen LGBT category, and this book is about a teen girl who only has one friend, Frank, the guy who lives next door – a guy who just happens to be transgender. When Elle learns the truth, it turns her world upside down and makes her consider the true meaning of friendship. Second, I saw the movie version of Hyde’s Pay It Forward when it came out, never knowing it was based on a book, so if I really like this novel, then maybe I’ll read this earlier novel too.

Like Wintergirls, Kessler’s debut novel (and the start of a series of four books) is about a young teen dealing with anorexia, but it’s going to be very different than Anderson’s approach to the subject. I know this because Hunger is about a girl who has just been given the job of Famine, one of the four horse’s of the apocalypse. It’s one of the most original ways of talking about eating disorders that I’ve ever heard of, so I can’t wait to read it and the rest of the series when its released.

I’m the first to admit that I can’t watch the TV show, Hoarders, because it’s so sad and depressing to me when it’s really doubtful that the people involved will ever change their ways. Omololu’s debut novel, on the other hand, is I suspect something very different. It’s not only about the issue of compulsive hoarding, but also it’s one of the few books – and I think the only YA novel – about how a parent’s problem with hoarding would affect their children.

Natalie Standiford’s How To Say Goodbye In Robot

Earlier this year, I was completely wowed by Standiford’s Confessions of the Sullivan Sisters, even though I wasn’t sure that it would be the book for me. The novel was funny and quirky in a way that I never would have expected, so I can only imagine that the author’s debut novel will be one I’ll love too.

Carol Lynch William’s The Chosen One

About a 13-year-old girl named Kyra, who has grown up in an isolated, polygamous community, this novel sounds absolutely heart-breaking. Ever since I started watching the HBO show Big Love, I’ve been interested in this type of narrative, so when I had the chance to review this book toward the end of 2010, I was really excited about it. Can’t wait to talk with my other blogging friends about this one when I’ve had the chance to read it!

Have you read any of these books already? Are you looking forward to them as much as I am? Would love to hear your thoughts on my 10 books and hear of any 2010 novels that you’ve just GOT to read in 2011!

← Folly
Out With A Bang Readathon Giveaway Winner! →