What's In My Mailbox?: The December 20th Edition 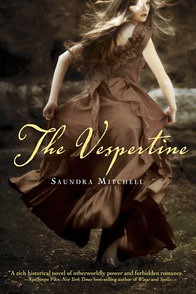 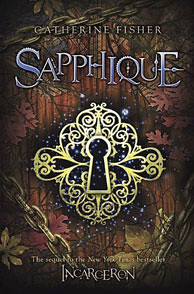 Some book bloggers read a very select number of genres for their site. I focus primarily, as you know, on young adult fiction, but I have really broad reading interests, which means that I love reading books from a variety of genres. Perhaps that is part of the reason that I’m so excited about the wide range of books I was lucky enough to receive for review over the last week, and hopefully, your interest will be peeked for one or more of these novels too. From YA fantasy and Gothic thrillers to historical YA fiction and sci-fi LGBT literature, I’m pretty sure there is just about something for every type of reader this week.

When I was a teen, I was obsessed with prison narratives, like Lorenzo Carcaterra‘s Sleepers and the film The Shawshank Redemption. I can’t really say what it was about these stories that spoke to me so intimately, but they did. Perhaps that why I jumped at the chance to read and review the first three books that arrived in my mailbox recently. The fantasy sequel to Catherine Fisher‘s bestselling Incarceron, called Sapphique. While this two-book series has been getting quite a bit of publicity, in case you haven’t heard of it, the story revolves around a character named Finn, who has been incarcerated in the living prison Incarceron for as long as he can remember. Incarceron is a prison like no other – larger, deeper, and impossible to escape from, or is it? Living in prison is hell under normal circumstances, or so I’m told, but Alexander Gordon Smith‘s trilogy about Furnace Penitentiary is more hellish than any teen could possibly imagine. It’s known as the world’s most secure prison for young offenders, which might be welcome news to the people living nearby this facility, but for Alex, who was convicted of a murder he didn’t commit, the impossibility of escaping anytime in his youth is unthinkable. In Lockdown: Escape From Furnace and Solitary: Escape From Furnace 2, Alex soon discovers that this prison is a place of pure evil, where creatures in gas masks stalk the halls, where giants in black suits drag inmates into the shadows, and where deformed beasts howl from the blood-drenched tunnels below. With a devil mastermind behind everything, Alex teams up with other innocent teens and some cold-blooded killers to do one thing – find a way out alive. Smith’s thrillers and Fisher’s fantasy novels appeal to me, but do they appeal to you?

For those who like sci-fi novels and who want to read about LGBT teens, then perhaps you’ll want to check out Nora Olsen‘s debut novel, The End. When World War Three breaks out, 17-year-old Julia is in Amsterdam and 14-year-old Marly is trapped in a prison for delinquent girls. Using their magic amulets to save themselves and those around them turns out not to be enough because nuclear war threatens the existence of the entire human race. Does anyone else have an amulet? Meeting one another and three other LGBT teens with amulets, these five girls and guys attempt to travel through time with the hopes of saving the world from destruction. Can they do it? Check out this book to see for yourself.

Finally, I love reading historical fiction, so I’m really excited about two 2011 eBooks that I received for review recently. Elizabeth Laird‘s The Betrayal of Maggie Blair takes place in 17th century Scotland, a time where saying the wrong thing can lead to banishment or even worse. Maggie Blair is a 16-year-old girl, who is sentenced to death by hanging after being accused of witchcraft. Escaping to her uncle’s home was supposed to divert disaster, but instead she finds herself bringing trouble to her own family! Maggie must do everything in her power to save her uncle and his family, even if she risks her own life in the process. I’m also really looking forward to Saundra Mitchell‘s The Vesperine, which takes place in 19th century Baltimore. Amelia van den Broek is new to the city and all the charms that it has to offer, but her fun and games is interrupted by disturbing visions that come to her at sunset – visions that offer glimpses of the future. Soon people are calling on Amelia to hear prophecies about their futures, but her entire life is threatened by a budding, but forbidden romance with an artist. Mysterious and dark, these historical YA novels have my attention, but do they have yours?

Have you read any of these novels yet? Are you as excited about checking them out as I am? Let me know what you think, so we can squee a little together!

4 comments for “What's In My Mailbox?: The December 20th Edition”