by Melissa Montovani on January 31, 2011 in Book Blogger Culture • 0 Comments 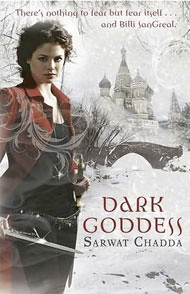 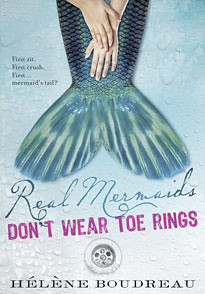 Unless I receive something in my mailbox tomorrow, which could happen, this is going to be the last What’s In My Mailbox post for awhile. I’m going to be in Costa Rica for a month, so I won’t have any idea what packages arrive while I’m away. Thanks for your consistently helping me decide which books I ought to read next over the last few weeks. I hope that you’ll bear with me one last time for a few weeks and vote for which of the following paranormal, historical, or middle grade books you’d like to see me read first. Would love to hear which of the following books are most exciting to you!

This week paranormal novels made up a big part of what I’m looking forward to read. Why? Well, between my mailbox and inbox, I received not one or two, but four YA novels in this genre. Crazy, right? First up, I received both Devil’s Kiss and Dark Goddess by Sarwat Chadda. In case you weren’t aware of these novels, they are book 1 and 2 of the Billi SanGreal series about the only female member of the Knights Templar, soldiers in the ancient battle against the unholy. In the first novel, some of the templar’s ancient enemies are after a treasure that the knights have kept safe for hundreds of years – a mirror with the power to kill all of London’s firstborn children. Sounds like there is lots of adventure, but there’s also a love triangle between Billi, her childhood friend Kay and a new guy named Michael. Rather than the Knights of the Templar, in one of the other novels I received, Angelfire by debut author Courtney Allison Moulton, 17-year-old Ellie finds herself on the front lines of a battle between the archangels and the Fallen with the help of an immortal named Will who is sworn to protect her in battle. I can only hope that this book will be as good as the last angel novel I read, Unearthly.

Finally, I also received the eighth House of Night novel, Awakened. I haven’t read any of the earlier novels in this series yet though, so if you’re thinking of voting for this one, it might be awhile before I get to it. Just sayin’.

Next, if you read my blog regularly, then you probably know that I’m all about the historical novels. No matter what the period – 17th, 18th, 19th, or early to mid 20th century – I really get into a lot of these stories, so you probably realize that when Sherry Shahan asked if I’d like to read her new novel that is set to be released on March 23, 2011 that I was excited. It’s called Purple Daze, which is being hailed “a provocative free verse novel.” From the title, you might have guessed that it takes place in the 60s since it is rather similar to the Jimmy Hendrix song, “Purple Haze.” Written as a series of notes, journal entries, free verse and traditional poems, it chronicles six Los Angeles high school students as the navigate war, riots, friendship, love, rock ‘n’ roll, school, and loss.

Now, last but not least, I recently won a signed copy of Canadian author Hélène Boudreau’s latest middle grade novel, Real Mermaids Don’t Wear Toe Rings. I’ve heard a lot of good things about this book from those who’ve read it before, so I’m definitely excited about checking it out. Jade didn’t see it coming, but there it is…a mermaid tail…how embarrassing!?! She soon learns that she inherited this “body” from her mom, but if her mom was a mermaid, then how did she drown? Jade is determined to find out, but how does a plus-size, aqua-phobic, mer-girl actually do that? And more to the point…how does she explain it all to her BFF, Cori, and her crush, Luke? This will definitely be a lighter read than some of the books I check out, but maybe when I do, you’ll be able to read it too. Why? Well, the publisher Source Books actually sent me two copies. Look out for a giveaway coming up soon enough!

So which one of these books do you think I should check out first? Leave a comment below with your vote and you just might find your choice reviewed on this blog sooner rather than later!