Interview with Jennifer A. Nielsen, Author of The False Prince and The Runaway King

by Melissa Montovani on May 30, 2013 in YA Novelist Interviews • 6 Comments 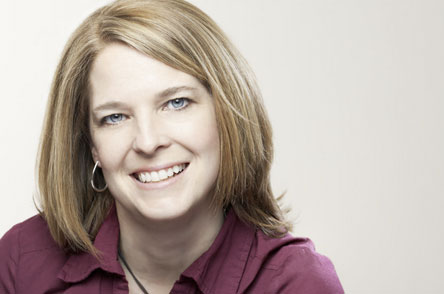 All week long I’ve been celebrating Jennifer A. Nielsen‘s The False Prince and The Runaway King on YABookShelf.com. These are two books that will peak the interest of tweens who love to read, those who are reluctant to read, and even adult readers of middle grade fiction. Best of all, they stand up to re-readings, even though you will already know the twists the plot will take. Today, I’m very excited to share with you my interview with the author of The Ascendance Trilogy, where we discuss everything from the characters, the research required to write them, what it’s like being a published and touring author, and anything else I could think to ask while I had her attention. Hope that you enjoy reading it as much as I enjoyed coming up with the questions and reading Jennifer’s responses.

YA Book Shelf: In case my readers missed the reviews of The False Prince and The Runaway King, can you briefly describe The Ascendance Trilogy?

Jennifer A. Nielsen: Book 1, The False Prince, introduces the reader to Sage, a defiant orphan who is thrown into a twisted sort of contest where he must either learn to impersonate the missing prince of the kingdom or else be killed. Book 2, The Runaway King, continues Sage’s adventures in a race against time to save the kingdom from pirates, enemies within, and an old friend now out for revenge.

YABookShelf: Sage is clearly the hero of The Ascendance Trilogy and your readers’ hearts. Other than him, who was your favorite character to write in The Runaway King?

JAN: I do love writing Sage – his dialogue is so witty and even I am sometimes surprised by what he might do next. But other than Sage, I really love writing Mott. He is deeply loyal to Sage, but frustrated by him too, and ultimately, knows he has no control over anything Sage might choose to do. Through all of that, Mott tries to find the balance between counseling him, protecting him, and not throttling Sage when he deserves it.

YABookShelf: What was the hardest scene to write in the first two books of The Ascendance Trilogy?

JAN: The final scene between Jaron and Imogen in The Runaway King was a tough one. There was a lot of emotion in that moment and probably more vulnerability than readers had seen yet from Jaron. He doesn’t entirely understand his own feelings, but he does know his duty to the kingdom, and that frustrates him. At the same time, Imogen is very practical and also a good friend of Amarinda’s, but she is far more in touch with her emotions too. So you have these two young people who are caught between duty, love, and friendship. With all of that going on, it took several rewrites to get that scene in the proper balance. But I’m very happy with how it turned out and how it sets up any romantic possibilities for the third book.

YABookShelf: In The Runaway King, Jaron’s travels takes him to parts of Carytha that he appears to have never seen before, even though he observed that he was more well travelled than the other orphans in The False Prince. Since Jaron was the second son rather than the crown prince, what requirements would have been expected of him as a young prince while he grew up in the castle?

JAN: Most of the traveling that Jaron refers to in the first book was the wandering he did between orphanages while on his own. Certainly he would have traveled some as a young prince, but would never have been in Avenia or near the border, where he goes in The Runaway King.

As a second son, Jaron would’ve been expected to join the military, and probably was being trained to become Captain of the King’s Guard. Jaron’s father would’ve seen a natural talent for combat in his son and steered him in that direction. So although Jaron shared in a lot of his older brother’s education, at his coronation, the entire kingdom is well aware that he is wildly unprepared for what lays ahead.

YABookShelf: Many aspects of The Ascendance Trilogy were complete fabrications from your imagination, such as garlins and the names of the relevant countries, but did you do any research to get your fantasy world?

JAN: Oh, a ton of research! It’s easy to think we know a lot about the medieval world because maybe we’ve seen Lord of the Rings, or read other books with that setting. But for me, it was very different once I began creating the world and had to confront certain details, such as what kinds of food people might’ve eaten while on the road, how much time it takes to travel from one place to another, and the names and purposes of various articles of clothing. I started with stacks of research and then built a fantasy world within that.

YABookShelf: In the fantasy world you’ve created for The Ascendance Trilogy, setting plays an important role and the finished books contain illustrated maps of the entire region and detail maps of key places, which were created by K. Lefaiver. Did you draw your own map to use as a reference point during the planning and writing of the books to keep it straight in your head? If not, how did you translate your vision of the world to the illustrator?

JAN: I created those maps very early in the writing process to help orient me to the world as I created it. However, since I have the art skills of a turnip, it was necessary to bring in a real artist. I think K. Lefaiver did an amazing job and enhanced my rough sketches to create some truly beautiful maps.

YABookShelf: The Ascendance Trilogy features a male POV with important female characters only playing roles to aid Sage/Jaron on his quest. Do you have any ideas for a novel or series with a female POV?

JAN: I do have some ideas that absolutely demand a strong heroine, and I hope to bring those to readers. Usually when a concept first comes to me, the protagonist comes with it, and I follow that lead. So I never say, “Well, I had a boy in this one, so I better use a girl next,” or vice-versa. I just go with the voice that calls to me within that story.

JAN: Part of my road to getting published included a long layover in the query-and-rejection phase. At the time, I felt like I was just spinning wheels in my career and going nowhere. But afterward, I realized how important that phase was to disciplining me as an author. It thickened my skin, taught me patience, and made me stronger to weather the inevitable ups and downs that come with any career. I didn’t enjoy that stage and I don’t envy anyone who’s there now, but I do respect it, and I am better off because of what I learned there.

Joining Scholastic (who is publishing The Ascendance Trilogy and other forthcoming works of mine) was a literal dream come true. One of the first things my editor said when I signed with her was “Welcome to the family,” which stood out because that was such a personal way to think about such a large, influential publisher. But the more I’ve worked with them, the more I believe that is just how the various people at Scholastic view their relationships. We all have our jobs to do, of course, but every interaction seems to be one of genuine caring, for their authors, their booksellers, each other, and certainly caring for their readers. It has been a remarkable experience with them.

YABookShelf: For several years, I’ve focused mostly on young adult fiction, but The False Prince and The Runaway King have gotten me interested in reading more middle grade novels. What books do you consider must-read MG fiction for someone who is new to these books?

JAN: Must read books? Wow, there are so many, but I would definitely put on the list One For The Murphys by Lynda Mullaly Hunt, Rump by Liesl Shurtliff, and one of my all-time favorite series, Artemis Fowl by Eoin Colfer.

YABookShelf: You’ve said that you always focus on the next book, rather than one that’s in the hands of readers since most of what happens after a book is sold is out of your control. How easy or difficult is that while you’re touring? Do your nightmares ever include getting up on stage and forgetting what your book is about?

JAN: Touring can be exhausting because so much happens behind the scenes other than the public events. I laugh a lot about the “glamorous life of an author” when I’m gulping down a Diet Dew and a granola bar in place of lunch, or hurrying to sign store stock as the store is closing around me. But through all of that, deadlines are still in place, email requests still come in, and life is moving on. However, I am very lucky to have a publisher that takes care of me in the best possible way while touring, and I find it energizing to get out and talk with fans and meet wonderful people. So that helps fuel me for writing when I do have a spare moment. I actually really love getting up on stage, so if there are nightmares, it’s over whether anyone will show up to watch!

YABookShelf: Writing is a very solitary experience that some introverted people are drawn toward, but after hearing you speak and meeting you in Toronto, it’s clear that you’re comfortable speaking and answering questions from an audience. Do you have any tips for preparing oneself for getting over public speaking jitters for aspiring writers?

JAN: While on tour, I joked that people who choose to write often do so because they are drawn to quiet time alone. Then they publish a book and are thrust into the other side of this career, which requires the exact opposite traits.

For those who get the public speaking jitters, it’s important to know that it gets easier with time and experience. And I think it helps if you can speak on something for which you have a genuine passion – because when you care deeply about the topic, your heart takes over and a lot of the fears just fall aside.

YABookShelf: Thanks so much for taking the time out of your busy schedule to respond to my questions, Jennifer. It is definitely a pleasure to share this interview with my readers.

Now that you’ve had a chance to read this interview with Jennifer A. Nielsen, I hope that take the time to pick up her novels…if you haven’t already. They’re definitely worth reading. Let me know your thoughts about this interview and/or what other authors you’d like to see interviewed here. Believe me that I’d do my best to have them come talk with me for your reading pleasure.

← The Runaway King by Jennifer A. Nielsen
17 & Gone by Nova Ren Suma →

6 comments for “Interview with Jennifer A. Nielsen, Author of The False Prince and The Runaway King”