Is the Kobo Aura HD worth the hype? 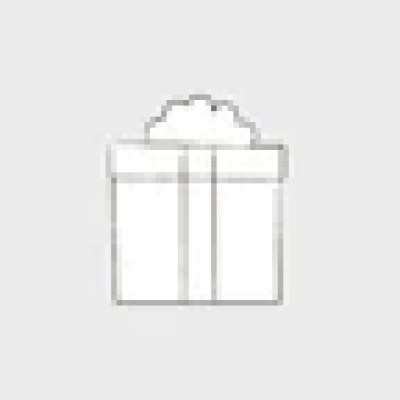 On Thursday, April 25, 2013, Kobo launched what they’re calling a “re-imagined” eReader: the Kobo Aura HD. It’s being marketed as “the only premium eReader on the market,” offering an enhanced eReading experience, which improves the onscreen reading clarity by 20% from that of any other HD eReader. More importantly, it’s been designed specifically for avid readers. On the same day that it was launched, I began reading my first eBook on this very same device, which was given to me by Kobo in exchange for my honest opinion of it. Does it live up to the hype? Keep reading this eReader review to see if it’s worth picking up one for yourself or adding it your wish list for an upcoming gift opportunity.

Now, the Kobo Aura HD isn’t my first experience with a dedicated eReading device. Before it died last summer, I’d been using a Sony eReader Pocket Edition for a few years, which doesn’t have touch screen technology. Since December 2012, I’ve been regularly reading for a Kobo Mini, which like this new option, does. I happen to enjoy the Kobo Mini with its cute size and soft body texture, but the Aura HD is a cut above any other eReading experience I’ve had while reading a book from my Kobo Library. Many eInk eReaders have an obvious delay when you turn the “page” until the new page appears, usually with an accompanying flash on the screen that is semi-disruptive. With the Aura HD, however, you move from page to page without any of the typical lag time  of other eReaders. I guess that has something to do with the speed of the 1 Ghz processor with which it’s equipped, so while you might get used to a slower processing time of other products and/or settle for physical copies to avoid the annoyance, you can rest assured that this time, the difference between reading a book and an eBook won’t be noticeable.

One aspect of this eReader that is highlighted in the product literature is just how much crisper the text looks on the Kobo Aura HD screen than it does on any other eReader available as of March 2013. The truth is that with my pretty excellent vision, I didn’t notice much of a difference between my other eInk technology experiences and this one…at first. It was easy to read, and it didn’t strain my eyes in normal lighting conditions, but if I hadn’t compared the screen to my other eReader, I wouldn’t have thought much of it. But then I did, and I quickly realized my mistake.

First, I noticed that the quality of the cover image was like night and day. Image shading is of the highest quality without any obvious gradations between one level of grey and the next and complicated images, such as those details on the cover of Kiera Cass’ The Elite, are rendered beautifully. Since you don’t spend much time on the cover, this might not seem like a big deal. However, I did my own side-by-side comparison between the text clarity on both the Kobo Mini and the Kobo Aura HD and the results are worth noting. Not only are the letters crisper, whether you select a smaller or larger sized font on the screen, but also they seem to be a darker shade of black with thicker lines making up each of the letters. If you worry that reading on a device will cause more eyestrain than a physical book, then you don’t need to worry anymore, and if you tend to seek out larger print books, then a quick adjustment makes your favorite eBook any size that you want the letters to be. Can’t say the same about a standard book from the local bookstore or library.

So now you know what I think about this eReader in normal conditions, but what about in low light conditions? With most other eReaders, you have to keep either the main light on while reading or stop reading when the lights go out. (Yes, there are some models that have a light function, but none of the one’s that I’ve ever tried do.) Now that I have this new eReader, I no longer have to worry that I’m keeping my significant other awake when I want to read well into the night, move into another room to let him sleep, or use the flashlight app on my iPhone while also holding the book or eBook I’m reading, which can be kind of cumbersome and eats up my iPhone’s battery life pretty quickly. (Yes, I’ve actually done all three of these things when I couldn’t put a book down in the past. None of which were ideal.) Moreover, you can adjust the amount of light emitted from the screen, so you can read easily in a pitch-black room or even when the sun has just begun setting and you just want to finish one more chapter before you turn on the light.

Finally, for those of you who want to make your reading life more social or might want to put the book down without letting go of this eReader, the Kobo Aura HD does the trick. You can turn on a function that automatically shares your reading life on your Facebook profile, surf the web on it’s black and white web browser, or play any one of a few different preloaded games. Personally, I haven’t tried any of these aspects, so I can’t comment on them, but you probably want to know that they’re there if you need them.

Clearly, there are a lot of positives about the Kobo Aura HD, and overall, I do think it’s worth not only the hype, but also the price. That said, there is one negative that I’ve experienced since trying it out. As a book blogger, I sometimes receive eBooks rather than physical copies for review. While the Kobo Aura HD supports EPub, PDF, and even DRM EPub or PDF files if you authorize Adobe Digital Editions and your device, it doesn’t mean that all of these files will run as well as a book you bought via KoboBooks.com. In fact, I recently had to resort to reading a PDF on my computer via Adobe Digital Editions because it’s heavy design and image based aspects made the Kobo Aura HD slow down to a snail’s pace. Perhaps EPub files from other sites or PDFs that aren’t as image dependent in the design will work better for you though.

All in all, I have to say that I’m happy to have a Kobo Aura HD now, and I bet that despite the issue I had with one PDF, you will, too.

12 comments for “Is the Kobo Aura HD worth the hype?”