How Would Speak's Melinda Have Reacted To This News?

by Melissa Montovani on June 9, 2010 in Viral Marketing And YA Lit • 4 Comments 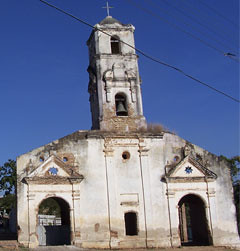 In Laurie Halse Anderson‘s compelling work of fiction, Speak, the main character Melinda Sordino has a terrible secret that she can’t bear to tell anyone. In fact, her traumatic experience at a late summer party, leaves her almost completely mute for at least eight months, but possibly a little longer. The main reason that she doesn’t want to tell her story to anyone is her overwhelming fear that no one would believe her.

After reading the writing on the bathroom wall, she decides to add her “voice” to the “cacophony” of graffiti, warning people to stay away from Andy Evans. Imagine her surprise when the next time her and Ivy return to the same bathroom, many other girls have joined in the conversation she began. Clearly, people would believe her because it’s quite likely that Evans has assaulted other girls, not just Melinda.

Melinda did go through a horrible experience, one that no one should have to deal with alone. However, a disturbing news article suggests that there is something worse than, or at least on par with, people not believing your victim story. In 1997, Tina Anderson, a 15-year-old girl, was raped several times by an older man she knew from her church group. She didn’t tell anyone because she worried she would be blamed, but when Ernest Willis got her pregnant, she finally went to her mom, who told their pastor about the situation. In a horrifying turn of events, Tina Anderson was forced to go before the church and confess her sins because she was 1% to blame, and then she was forced to leave the state to have the child and give it up for adoption.

Although this story happened 13 years ago, it has seen a resurgence in the papers and online news media because after all this time, Tina Anderson has come to realize that she shouldn’t carry any of the blame for what happened to her by her victimizer. Unlike many other rape victims, Tina Anderson requested that her name be reported publicly by the news media.

This story is something that should have never been allowed to happen in this day in age, but if it happened to one real girl, how would it have played out in narrative form? Had this situation happened to Melinda, it would have been another story entirely, but it does beg the question, “what if?” What would Melinda have done if when she finally told her story to someone, she’d been further victimized by being forced to accept part of the blame?

Please let other people know about this article, especially other women, so that no young girl will ever feel that they deserve even 1% of the blame.

← What's In My Mailbox?: The June 8th Edition
Last Chance To Enter The Nonna's Book Of Mysteries Giveaway! →

4 comments for “How Would Speak's Melinda Have Reacted To This News?”