A Chance Encounter With Cecil Castellucci

by Melissa Montovani on August 16, 2010 in Chance Encounters • 4 Comments 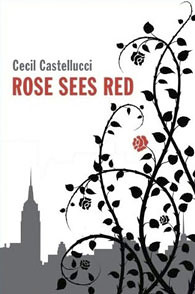 Remember a few months ago when most book bloggers and YA authors were having fun at BEA? I wasn’t one of them, but I wasn’t sitting at home crying about the raw deal that someone had handed me. In fact, I enjoyed writing a post about the embarrassing encounter that I had with David Sedaris at a book signing for Armchair BEA. Many people read the post, and they had a chuckle or two with me, which I thought was pretty awesome.

While the commiseration was greatly appreciated, sometimes the best experiences are ones in which a chance encounter is a positive experience. On this past Friday, I had one such meeting with a YA author. My boyfriend had just finished work when he called me up and asked me to meet him at a local bar for a drink before going out to dinner. I took care of a few things, then I slowly began making my way to the meet up point, all the while reading a new book I had just started that day. I was so into the story that while walking from the metro, up a pedestrian only street, I kept my eyes on the book (yes, I really am that much of a book geek) to finish the chapter.

Just as two of the characters made their way across the Bronx to downtown New York and the chapter closed, my phone rang. I heard my boyfriend’s voice saying, “Hey, where are you? […] I’m talking with a YA novelist right now, but she has to leave soon. Hurry up and get here, so you can meet her.” I was only a couple of minutes away at that point, so I put the book away and walked the rest of the way feeling pretty excited. I had no idea who he was speaking to at the time, but I felt really positive about whatever was coming.

When I arrived, he immediately introduced me to the woman on his right saying, “This is who I was telling you about.” I introduced myself and shook her hand, and then the unexpected happened, she said, “I’m Cecil.” In less than a second, I took in her half brown, half pink hair, and I KNEW…so I said, “I’m reading your book right now!” I reached into my purse and pulled out my ARC copy of Rose Sees Red – the very same book that I’d been so engrossed in only a few minutes earlier. Cecil Castellucci took the book from my hands and opened it to the dedication page, and pointed out the name Nancy Ross, saying that the bartender was the very same Nancy. She then said to Nancy, “Look what she’s reading.” Nancy looked surprised, especially when when she saw that I was reading an ARC version, even saying, “that means she’s reviewing it for something.”

Now, you have to understand that though my boyfriend and one of his friends, who happens to be friends with Cecil (I know small world), were right beside me to the left, I didn’t see their reactions at all. From what my boyfriend said, everyone was amazed (even he was) that I would just happen to have Cecil’s book on me when I had no idea I’d run into her. It was an insane coincidence, and the more I spoke with Cecil, the better the whole situation felt. Another thing that feels great is that she offered to do an interview with me, so you can definitely look forward to checking that out in the near future.

If you recall my experience with David Sedaris, then you’ll know that awkward situations often follow me. This time, however, I made a great impression and had fun doing so. With all of this in mind, I’m really looking forward to having the opportunity to see Cecil again a couple of times in the next week, and if you’re in the Montreal, Canada area, you can see her too. Check out the deets below:

Hope that you get the chance to make it out to one or both of these events!

4 comments for “A Chance Encounter With Cecil Castellucci”