Prisoners In The Palace

by Melissa Montovani on November 14, 2010 in YA Historical Literature • 11 Comments 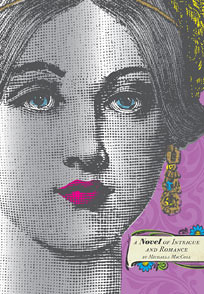 It’s London, England in 1836. Liza Hastings dreams of a society debut, an unforgettable romance, and a dream wedding, but when both her parents die in a tragic accident, everything changes. Without any money to her name, Liza takes on a position as a lady’s maid to the young Princess Victoria. Her new position puts her in the middle of the gossip downstairs in the servant quarters and the trickery and treason above.

Michaela MacColl writes a fast-paced and intriguing look at the year before Princess Victoria was crowned Queen through the eyes of her maid. In Prisoners In The Palace, Liza is trying to secure a place for herself in Victoria’s favor, hoping that by doing so, Victoria will decide to do something for her later. With this motivation, she not only agrees to become Victoria’s maid, but also she uses her German language skills to her advantage, listening in on conversations between the Duchess and Sir John Conway, who are both scheming against Victoria in the hope of profiting from her young age and vulnerable position. As a spy for both the Baroness and young Victoria, Liza does everything in her power to protect the interest of the soon-to-be Queen.

Now, Liza isn’t a historical figure, and the author’s claim in my interview with her that any historical knowledge you garner from the novel is “incidental to the story” is accurate. That isn’t to say that young and adult readers alike won’t learn anything from PrisonersInThePalace because I certainly have come away with a broader understanding of the politics of the royal family. However, it does mean that the fictitious events and characters, like Liza, do have some basis in reality in so far as her main duties and her position both among the royals and below stairs with the rest of the servants working at Kensington Palace. While particular broadsheet stories aren’t true, their like was common at this time and become even more ubiquitous after Victoria’s title changes from Her Highness to Her Majesty. At the same time, MacColl’s story is what makes this novel a page turner rather a dry, aging text book.

From the gorgeous cover and intrigue-filled plot to the spunky and intelligent heroine and a hint or two of romance, this novel gets the YABookShelf.com guarantee that readers of all ages will not only enjoy it, but also will be sitting on the edge of their seats waiting for the next Michaela MacColl novel to hit bookstores. Unlike the dowager Victoria pictured in history courses, this novel brilliantly demonstrates that while she was destined to be a very public and celebrated figure, she was boy crazy and desired a little bit of adventure and freedom in her life, just like a normal teen girl. With that in mind, is it any wonder that I highly recommend this novel for it’s gossip, intrigue, and accuracy to the time and characters. Take a chance and you might just find that history isn’t as scary as you once thought.

Buy Prisoners In the Palace today!

11 comments for “Prisoners In The Palace”