"Did This Happen To You?": Nina LaCour & The Underlying Questions

by Melissa Montovani on December 8, 2010 in Realistic Teen Fiction • 2 Comments 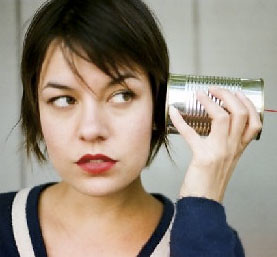 Almost everyone who has read my first novel, Hold Still, or has heard what it’s about asks me a version of the same question: “Did this happen to you?”

The easiest answer, and the one I give most often, is, “No.”

But every story starts somewhere, and for me, most of what I write has an underlying question, something that I have grappled with for a long time, and probably will grapple with forever. So while the easy answer is no — my high school best friend is, thankfully, alive and well and only a bridge away from me — the most accurate answer would not be so definitive. It should be more like, “Not exactly.”

It was 1996; I was in 9th grade. In the middle of my morning bus ride to school, another student told me that one of our classmates, a boy named Scott, had killed himself. The kid told me in a gossipy tone, so I told myself that that’s all it was: gossip. All my life, I’ve been a gullible person, and I knew Scott pretty well. He was in my drawing class and my theater class. We drew next to one another on easels everyday. We had a routine. He would compliment my drawing; I would compliment his. In drama, he was funny. This kid on the bus didn’t know what he was talking about.

But then I got to school and found that it was true.

I remember that the teachers seemed unequipped to handle our questions and our grief. A couple made brief statements before class that counselors were on call; some didn’t mention anything at all.

My math teacher was the football coach. He was a very kind and well-meaning guy, but he was not comfortable in a classroom, and he didn’t know what to do with us that morning. He tried to carry on as usual, but by the middle of the period half the class was crying, and he finally found a box of tissues and sent us outside to talk.

This is one of my most vivid memories in high school: sitting outside on the steps with a group of girls and a couple of the more demonstratively sensitive boys, passing a box of Kleenex around and talking about Scott. How could someone so sad seem so happy? Why did he do this? How did he do it? What would be so terrible that it would seem impossible to overcome?

Not that I’m fourteen years older, I am left with the same questions. I don’t know what was going on in Scott’s life that would lead him to make that irreversible decision. I don’t even know how he did it. (I heard a variety of theories, and I suspect that I know which was true, but I think I still prefer not knowing. This way, I don’t have to picture his specific actions, can instead see him forever drawing next to me under the fluorescent lights of a classroom.) I do know, though, that Scott’s death marked a shift in the way I perceived life. Before that morning, I was resolutely optimistic. Things could get bad, but they could always get better. People might suffer, but then they would heal. Scott’s death revealed a more difficult truth.

Still, I remain an optimistic person. I do believe that for most people, with the right kind of help, with enough support, despair is surmountable. I’ve heard this from readers who have told me their stories of suicidal thoughts and even attempts, and their subsequent overwhelming relief and gratitude that they are still alive. I think ultimately, the most important thing to do is to talk, to listen, to record videos, to host an awareness project, to reach out, and to accept help when it’s needed.

When I think of that morning in 9th grade, and all the days that followed, I remember a hush. I remember that adults didn’t want to talk about it, and that as a result we thought we weren’t supposed to talk about it either. But there can be healing in conversation and togetherness. I’m glad that’s a lesson we’re learning.

2 comments for “"Did This Happen To You?": Nina LaCour & The Underlying Questions”