"No One Saw It Coming": Matt Beam's Suicidal Thoughts And Last December

by Melissa Montovani on December 4, 2010 in Realistic Teen Fiction • 0 Comments 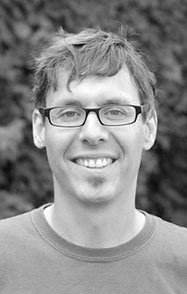 When I first started writing my novel, Last December, I had an argument with my best friend since adolescence, the one person I always show my work to throughout the writing process. She had read the first section of a very early draft and thought that my main character, Steven, was not depressed enough to be considering suicide, and that I should be careful.

My response to her was simple: “But I considered suicide when I was a teen.”

“Not really though,” she said.

But she wasn’t convinced. A person who actually considers suicide is someone who is really sick, she insisted, like someone who has been deemed clinically depressed or manic depressive by the medical community.

My gut and my experience told me she was wrong, or at least, not exactly right, but her reproach made me dig deeper into these issues,

I already had informal data about depression and manic depression as there are people in my life who suffer from these conditions/disorders, but there was nothing like seeing it all written down explicitly in medical journals to understand the massive emotional burden that many people carry with them throughout their lives.

In Last December, 18-year-old, donut-shop-loitering Bryon is manic depressive. His highs are very high to the point of agitation and aggression, his lows are a dark and hopeless place. He feels isolated, frustrated, and violent, even when he’s talking excitedly about Ms. Pacman, determinism, and Chaos Theory to the impressionable Steven. I must admit that it is Steven’s relationship with lower-level depression and his thoughts on suicide that grips me even more, as it echos my own experience, and I know it is real.

Circumstantially, Steven’s life is stressful. He has a new sister on the way, the prospect of less love from his mother, sudden and intense sexual desires, school exams to study for, and a social life that includes experiences with alcoholic binging and physical conflict. On top of that, he is 15, a dangerous and confusing time developmentally. High schoolers throw themselves into some of the above adult activities in part because their brain, specifically their frontal lobes, the section that manages impulses, have not full developed yet.

In short, teenagers are more likely to go from high-risk thought to high-risk action without thinking twice. Steven has a sense of this truth, and it becomes a major theme in the novel, which is written in the form of a letter to his unborn sister. Steven is fascinated by the connection between synapses, thoughts, and actions because he is starting to get the idea of how a chemical reaction in his brain can turn into an action in the real world, whether it’s picking his nose, saying the wrong thing, or doing himself in.

When I finally finished the novel and was waiting for it to hit shelves, I had an experience that seemed to confirm my feelings on this subject. I was on a book tour and was having dinner with one of the organizers when she told me, without any knowledge of Last December, a story about a friend’s son who had just committed suicide.

“No one saw it coming — he stepped in front of a train,” she said, stricken. “To his parents and friends, he was just a normal teen going through normal teen stuff.”

When I heard this, I felt even more emboldened by my depiction of Steven’s emotional and mental state. I will never know for sure if what I went through in my teen years, or what Steven goes through in the novel, is the same as, or close to, what this boy had been feeling, but my sense is that it is. I also feel that if I had moved to take my life as a teen, because of the tragic combination of these kinds of intensely felt pressures and stresses, my best friend, my number one reader, would probably have said the same thing: “No one saw it coming.”