by Melissa Montovani on December 3, 2010 in Realistic Teen Fiction • 1 Comment 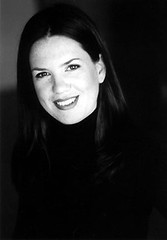 I’ve had over ten years experience teaching in specialized classrooms for the highest risk students in the Toronto District School Board, and as a result, I feel I have a unique insight into teen depression. Both of my novels, As She Grows and Something Wicked, feature protagonists and caregivers who struggle with undiagnosed depression.

I say I have a unique insight because I get to see the teens before they receive help for their issues. In many cases my students come to me prior to diagnosis, and it’s part of my team’s job to observe, assess, and refer these students to a psychiatrist if needed. Recognizing depression in teens can be quite tricky as their symptoms are often quite distracting and misleading. Things like drug abuse, sexual promiscuity, crime, and anger are powerful coping mechanisms; adults perceive these as deviant behavior and therefore overlook the possibility of underlying depression. And if the people surrounding the teens can’t recognize depression, how in the world can a teen recognize it in herself? Sometimes it’s clear. But other times it takes a lot of work to unearth the cause of one’s behavior.

In Something Wicked, both Melissa and her mother eventually receive help for Melissa’s depression, after her drug overdose. It was important for me to write about a mother’s involvement, as sometimes depression runs in families and it’s essential for parents to be mentally and emotionally stable and to act as strong supports for their struggling children.

In both Something Wicked and As She Grows, the main characters endure a very bumpy road in life. There are many ups and downs, and there is no real blissful ending. These girls are in the midst of the mucky years of adolescence. Both characters contemplate suicide, but I think it’s their involvement with counseling and social programs that keeps them from taking action. Readers often think that my protagonists’ lives show little hope, but to me they’re inspiring young women who are making use of the community resources made available to them and as a result, are taking small steps forward to an eventual peaceful adulthood.