What's In My Mailbox?: The December 13th Edition 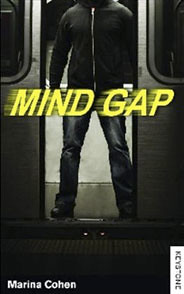 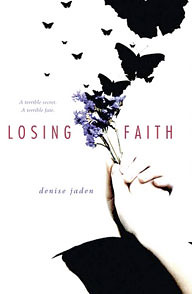 As we get closer and closer to the holiday season, I’m at once getting excited about the new 2011 books that are coming out, but also feeling slightly nostalgic for the 2010 books that I haven’t yet had the chance to read. If I fell like I’m being pulled in multiple directions, then it’s a little ironic that the two books I recently received span the 2010-2011 range. I, for one, can’t wait to check out the two, new Canadian YA novels that have found their way into my mailbox.

First, I received an ARC of Marina Cohen‘s latest YA novel, Mind Gap. I’m really looking forward to reading this book for a couple of reasons. First, I absolutely love Marina’s Red Maple 2011 Award Nominated novel, Ghost Ride, which is a very well put-together Gothic story. Second, from my experience reading GhostRide, I know that the author has a powerful writing style that seamlessly blends real teen issues, like peer pressure, with a chilling tale, so I can only imagine that her latest book, with a 14-year-old boy named Jake, who is caught up in drinking, gambling, and a gang, will have a similarly thrilling plot. Finally, since the plot hinges on a nightmarish situation – he’s on a train heading toward his worst fear and can’t get off – so I have a pretty good feeling that my experience reading Gothic novels will come in handy with MindGap as well, which makes me a very happy reader. I can only imagine that it’ll make you a happy reader too!

Next, I participated in a fun ARC trade with another blogger named Briana from The Book Pixie, which allowed me to receive a copy of Losing Faith by Denise Jaden. Although the book is set in Oregon, the author actually lives just outside of Vancouver, which makes me say – yay Canada! I’ve already started reading this novel about a young teen named Brie, who has just lost her older sister Faith when she falls off a cliff. The unexpected death tears Brie’s world apart because she never understood her fervently religious sister and her parents are becoming increasingly distant. As the initial shock wears off, Brie encounters more questions than closure. Rather than move on, she embarks on a search for answers and uncovers Faith’s role in a dark and twisted religious cult…a cult that now wants Brie as a member. Sound like something you’ll be into reading, too? Oh…and by the way…this is both a debut 2010 novel and is the 21 books that qualify for the Contemps Challenge, so for those of you doing the Debut Author Challenge for 2010 or the Contemps Challenge and are still missing a couple books, LosingFaith could put help you complete them both.

Have you read or been looking forward to these books as much as I have? Let me know what you think, so we can squee in glee together!

4 comments for “What's In My Mailbox?: The December 13th Edition”