Reputation and Rebellion in Nobody’s Secret

by Melissa Montovani on May 23, 2013 in YA Historical Literature • 0 Comments 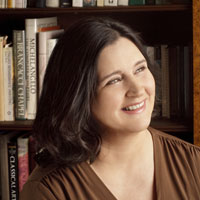 On Tuesday, I had the opportunity to review Michaela MacColl‘s Nobody’s Secret, a YA historical novel that images what might have have happened if a fifteen-year-old Emily Dickinson had found her beau dead in her family’s pond. I’m thrilled to have the author stop by today with the following guest post about the importance of a young woman’s reputation in the 1840s and how MacColl’s version of Dickinson rebels, slightly, from what is expected of her.

In the 1840s, in a small New England town, any girl would have lived a circumscribed life. Emily Dickinson’s family had more education and money than most. But with a life of relative ease came more expectations and restrictions for their daughters.

Emily was well known in town. Her father was important. Any mistakes she made in deportment would soon be reported to her mother. There is very little documentary evidence that Emily resented these restrictions as a teen, but after I read her poems and letters it was clear that she chafed at these artificial constraints. As an adult, she rebelled by withdrawing. Rather than playing the social game of teas and socials, she stayed home and found an intellectual freedom in her letters and poetry. But what would she have done as a teen?

In Nobody’s Secret, Emily meets a boy. He’s in town on mysterious business and he doesn’t want to tell her his name.  She could never bring him home! But he’s terrific and he appreciates Emily’s quirkier qualities.  When he shows up floating face first in the family pond, Emily has a lot of incentive to find justice for him.

In the course of the book she does a lot of things that a young woman of her time and position should not do. She checks out the corpse, she investigates, she trespasses, sneaks out at night and even crashes a funeral.  While I think Emily always had this rebellious streak in her – she needs a good enough reason to risk her reputation and her mother’s disappointment.  Mr. Nobody gives her plenty of reason.

One of my favorite poems of hers shows this motivation so clearly – it breaks your heart:

If anybody’s friend be dead,

It ‘s sharpest of the theme

The thinking how they walked alive,

At such and such a time.

← Nobody’s Secret by Michaela MacColl
The False Prince by Jennifer A. Nielsen →